A University of West Georgia graduate with more than three decades of experience in community and economic development will return to the university to serve as its director of community engagement. 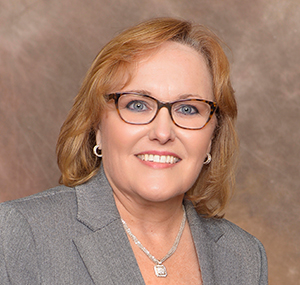 Donna Armstrong Lackey, who earned her master’s degree in public administration from UWG in 1985, will assume her new role May 1. The university’s current director of community engagement, Dr. Melanie McClellan, will retire but retain a managerial role in the Carrollton-Carroll County Education Collaborative (CCEC).

“As an alumna of UWG, I’ve always been engaged and interested in the growth of the university,” said Lackey, who has served as senior vice president of the Carroll County Chamber of Commerce and Carroll Tomorrow since 2014. “I see this as an opportunity for the West Georgia community to collaborate even more closely with UWG. On one hand, it feels like I’m starting a new adventure, but on the other hand, it feels like I’m coming home.”

McClellan, a veteran educator with more than 30 years of experience in higher education, has served UWG in several roles over the past two decades. From 2000 until 2011, she was the vice president for student affairs and enrollment management. She began as director of community engagement in 2014.

“Dr. McClellan has been a crucial part of UWG’s success through her many years of service to the institution, and we are honored as a university and a community to be able to benefit from her continued leadership of the CCEC,” said Dr. Micheal Crafton, UWG’s provost, vice president of academic affairs and incoming interim president. “Likewise, Donna is a true pillar of this community and one of UWG’s most beloved alumni. She possesses a vast array of skills that have made her an incredible asset to our region. We are so excited to welcome her as the next director of our Office of Community Engagement.”

“Melanie has helped guide our community engagement efforts in incredibly meaningful ways, and Donna will build on this work to take it even further,” Crutchfield said. “Both Donna and Melanie are highly skilled professionals and represent a true commitment to community leadership and service.”

McClellan said she’s been fortunate to serve the university – where she’s been “blessed to work with so many insightful, intelligent people” – for so many years.

“My time as director of the Office of Community Engagement has been an incredible opportunity to learn more about and strengthen the connections between the university and its surrounding community,” McClellan said. “And so, since I know Donna brings a wealth of knowledge of the community to that mix, I look forward to seeing what happens next as she brings her expertise to UWG.”

“With 34 years of experience in economic and community development, I've got a lot of background in strategic planning and grant writing, both of which I hope I can bring to the university,” Lackey said. “I’ve made a reputation throughout the state of being able to engage with a lot of different regional and statewide organizations that will benefit the university. I know collaboration is the key word for everyone in West Georgia, and I’m ready to get started.”

Daniel Jackson, president and CEO of the Carroll County Chamber of Commerce and Carroll Tomorrow, said Lackey will draw from her unique skillset – born out of extensive work in economic, community, workforce and leadership development – in her new role at UWG.

“We are excited about this opportunity for Donna, as she’s been an integral part of the leadership of our community and the West Georgia region for many years,” Jackson said. “Equally important, Donna is known and respected throughout the state so her contacts and connections will be a huge asset in this new role. She is the perfect person for this position, and her move to the university will be a win-win for all of us in West Georgia.”